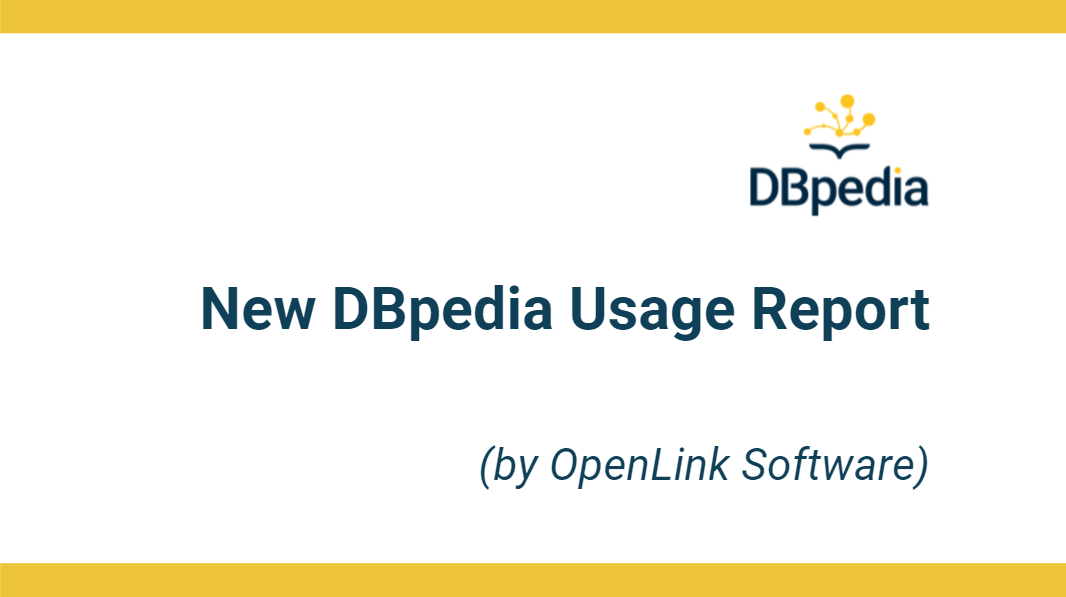 This document shows some of the statistics from the DBpedia 2016-10 dataset collected between July 2017 and January 2021; spanning more than three and a half year of logs from the DBpedia web service operated by OpenLink Software at http://dbpedia.org/sparql/ .

The log files used to prepare this document include data from the following DBpedia release:

The DBpedia service consists of:

To maintain equitable access to the DBpedia service for everyone, OpenLink Software limits connections by rate and concurrent connection, limiting disruption by faulty or misbehaving applications.

As part of monitoring the DBpedia service, OpenLink Software performs frequent traffic analysis to make sure the service is running smoothly.

Ideally, applications should be written to check the HTTP status code of each request, and in case of a 503 (Service Unavailable) or 429 (Too Many Requests) code, perform a 1–2 second sleep before retrying the request.

OpenLink Software may alter these parameters at any time to make sure the service remains reachable to the general public.

The Virtuoso configuration for the DBpedia endpoint includes:

The “Anytime Query” is a core feature of Virtuoso that enables it to handle the challenges inherent in providing a publicly accessible interface for ad-hoc querying at Web scale. This feature allows an application compliant with the SPARQL- and HTTP-protocol to issue long-running and/or large-solution queries, for which finding the complete solution would exceed configured query timeout and/or result set limits, and rather than being rebuffed with no solution, to receive partial solutions conforming to those thresholds. Further, this feature enables the use of LIMIT and OFFSET (typically combined with ORDER BY and/or GROUP BY) to create windows (also known as sliding windows or cursors ) to iterate through the complete query solution without being adversely affected by inserts or deletions.

Note: Even while paging through a partial query solution, Virtuoso continues to work towards a complete solution in the background.

As the W3C SPARQL standard currently does not specify an authoritative status code or header response to report a partial result set, OpenLink Software has opted to have Virtuoso return a status code of 200 to denote a successful request and add a custom header to the result to indicate that the result was limited to what could be returned within the settings enforced by the server.

If full execution of the query would return more than the configured maximum number of rows, the X-SPARQL-MaxRows line is added, as shown below:

If the AnyTime Query timeout is reached, several headers are added:

The restrictions described above may impair some complex analytical queries. Users who frequently encounter these limits are advised to use one of the following methods:

The HTTP server log files used in this report exclude traffic generated by:

The system uses a combination of firewall rules and Access Control Lists (ACLs) to quickly drop such connections, so legitimate users of the DBpedia service can continue to connect and execute queries.

To save time, these dropped connections are not recorded in the log files.

The data for this document was extracted from reports generated by Webalizer v2.21.

The first table shows the average numbers of Visits and Hits per day during the time each DBpedia dataset was was live on the http://dbpedia.org/sparql endpoint.

For detailed information on the specific usage numbers, please visit the original report by OpenLink Software published here. Also, older reports are available through their site. Read the previous usage report 2020 on the DBpedia blog.

Thanks for reading and keep using DBpedia!