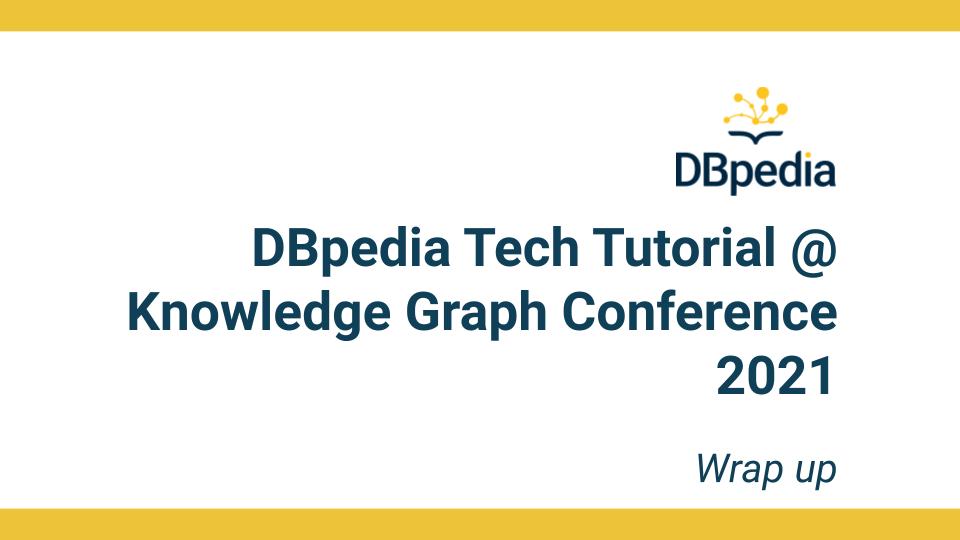 On Tuesday the 4th of May, DBpedia organized a tutorial at the Knowledge Graph Conference (KGC) 2021. The ultimate goal of the tutorial was to teach the participants all relevant tech around DBpedia, the knowledge graph, the infrastructure and possible use cases. The tutorial aimed at existing and potential new users of DBpedia, developers that wish to learn how to replicate DBpedia infrastructure, service providers, data providers as well as data scientists.

The tutorial which was held online was opened by Milan Dojchinovski (InfAI / DBpedia Association /  CTU in Prague) with some general information about the program of the tutorial, the scope and the technical information.

DBpedia in a Nutshell session

After the short opening, Milan continued with the first topic, the background on the DBpedia Association – how it all started and the evolution of DBpedia. Linked Data and the LOD cloud were also addressed as well as the mappings, extractors and data groups (e.g. mappings, generic, text, wikidata). Then Ontology was presented and explained. Milan concluded the first topic with information on the DBpedia SPARQL endpoint and DBpedia Databus platform.

Getting Started with DBpedia session

The next point on the program was split into two subtopics. First of all, Jan Forberg (InfAI / DBpedia Association) explained where to find data including DBpedia SPARQL endpoint, the DBpedia Databus platform as a repository for DBpedia and related datasets and the novel “collections” concept. Moreover, the DBpedia services such as DBpedia Lookup and DBpedia Spotlight were presented.

Afterwards Jan explained how to use the data hosted on the Databus. Starting by selecting particular artifacts, he explained the Docker container where data can be downloaded and a simple bash script to submit SPARQL and retrieve specific data artifacts. 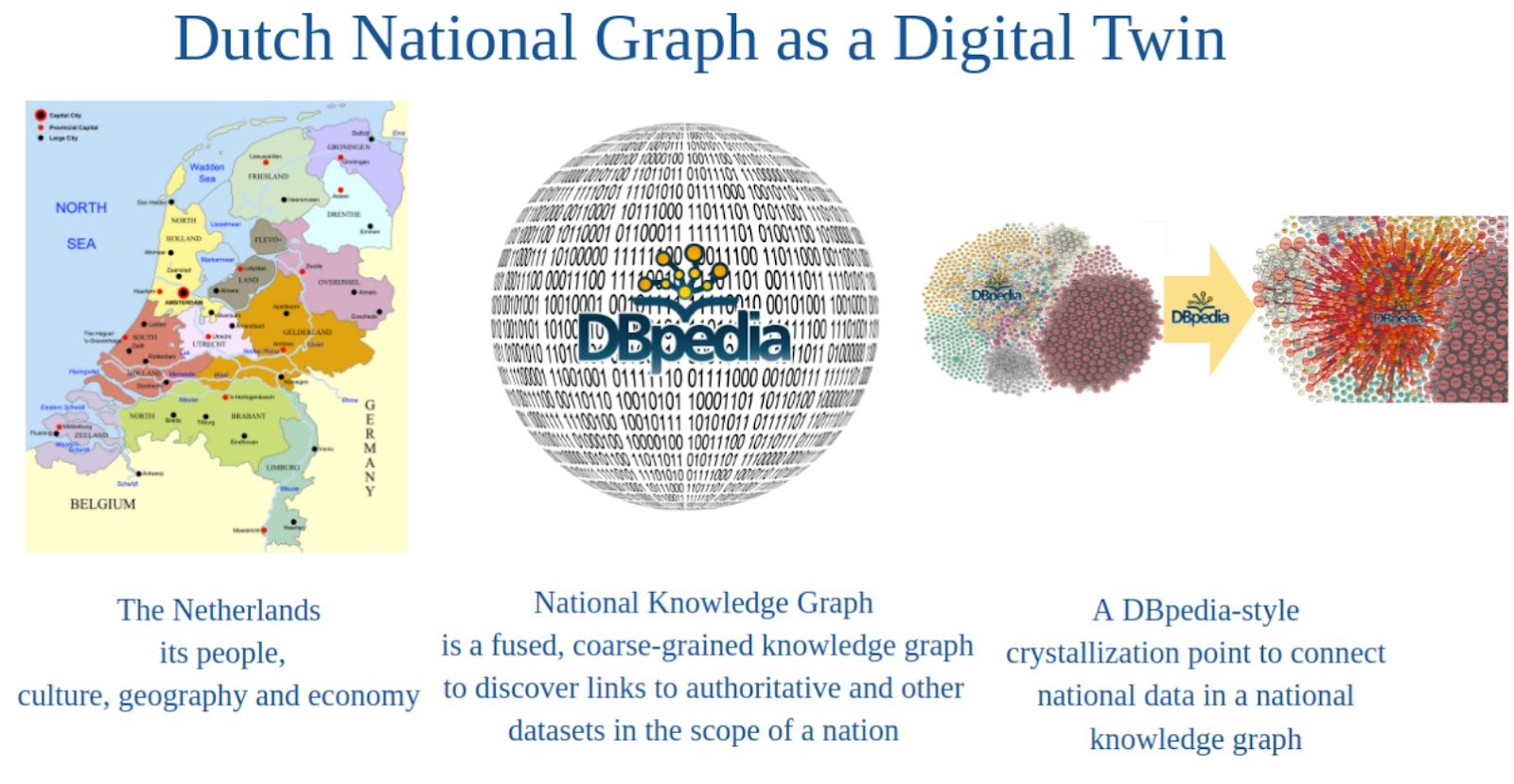 In the following session, Johannes Frey (InfAI / DBpedia Association) explied how to build national knowledge graphs using DBpedia Tech. The use case of the Dutch National Knowledge Graph was explained as an example. The Dutch National Knowledge Graph was presented during the DBpedia Hackathon 2020. For further information feel free to have a look at the presentations of the Hackathon 2020 here https://tinyurl.com/kgia-2020-dnkg.  Please also see all relevant data here https://databus.dbpedia.org/dnkg/fusion/dutch-national-kg/.

Talking about DBpedia Technology Stack, Jan started with the DBpedia Databus platform. He explained how the Databus platform works, the benefits (DatalDs and Simple Retrieval), the Databus SPARQL endpoints and the Web API and Maven Plugin. After that, Jan presented the Dockersized Services including DBpedia Virtuoso and DBpedia Plugin, DBpedia Spotlight (incl. use cases) and DBpedia Lookup.

Marvin Hofer (InfAI / DBpedia Association) then explained the DBpedia release process on the Databus and presented his work on debugging DBpedia and the DBpedia Mods technology. Marvin also explained the quality assurance process using the concept of  minidumps.

Subsequently, Denis Streitmatter (InfAI / DBpedia Association) presented the DBpedia Archivo ontology manager and how to include your ontology here. He also explained various  use cases, e.g. how to find ontology, how to test your ontology and how to back it up. Then he presented the ontology tests 5 star schema and the SHACL based tests for ontologies. Please read the official DBpedia Archivo call here https://www.dbpedia.org/blog/dbpedia-archivo-call-to-improve-the-web-of-ontologies/.

As it got to the end of the tutorial, Milan explained how to improve mappings or introduce new mappings. He talked about improvement of the DBpedia Information Extraction Framework as well as contributing DBpedia tests. Then he explained about contributing mappings and links for knowledge cartridges and how to write Mods for the Databus.

In case you missed the event, our presentation is also available on the DBpeda event page. Further insights, feedback and photos about the event are available on Twitter (#DBpediaTutorial hashtag).