This question started a research project for Frank Walraven, an Information Sciences Master student at Vrije Universiteit Amsterdam (VUA). The question came up during one of the meetings of the Dutch DBpedia chapter, of which VUA is a member.

If DBpedia users and their usage are better understood, this can lead to better servicing of those Dbpedia users by, for example, prioritizing the enrichment or improvement of specific sections of DBpedia. Characterizing use(r)s of a Linked Open Dataset is an inherently challenging task because in an open web world it is difficult to tell who is accessing your digital resources.

Frank conducted his MSc project research at the Dutch National Library  and used a hybrid approach utilizing both, a data-driven method based on user log analysis and a short survey to get to know the users of the dataset. 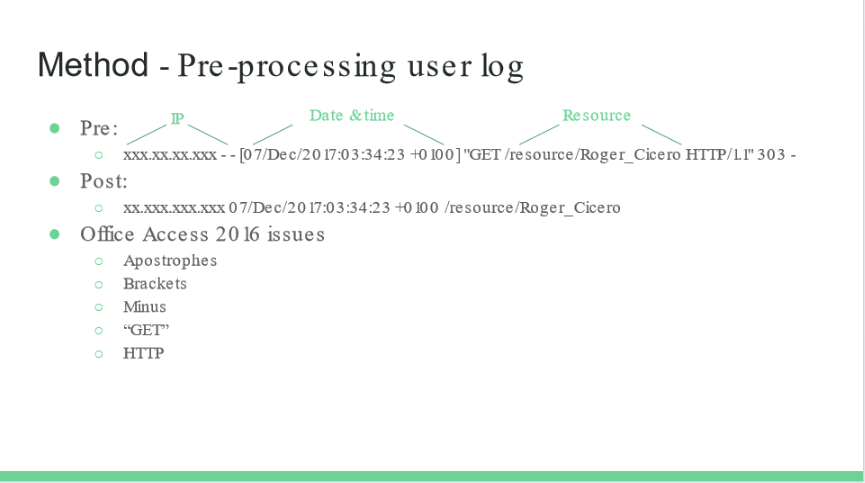 As a scope, Frank selected just the Dutch DBpedia dataset. For the data-driven part of the method, Frank used a complete user log of HTTP requests on the Dutch DBpedia. This log file consisted of over 4.5 Million entries and logged both URI lookups and SPARQL endpoint requests. For this research, he only included a subset of the URI lookups.

As a first analysis step, the requests’ origins IPs were categorized. Five classes can be identified (A-E), with the vast majority of IP addresses being in class “A”: Very large networks and bots. Most of the IP addresses in these lists could be traced back to search engine indexing bots such as those from Yahoo or Google. In classes B-F, Frank manually traced the top 30 most encountered IP-addresses. He concluded that even there 60% of the requests came from bots, 10% definitely not from bots, with 30% remaining unclear. 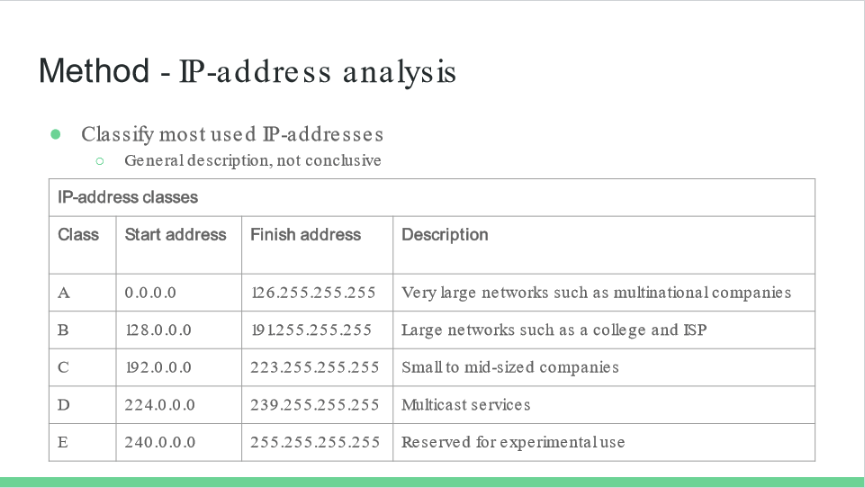 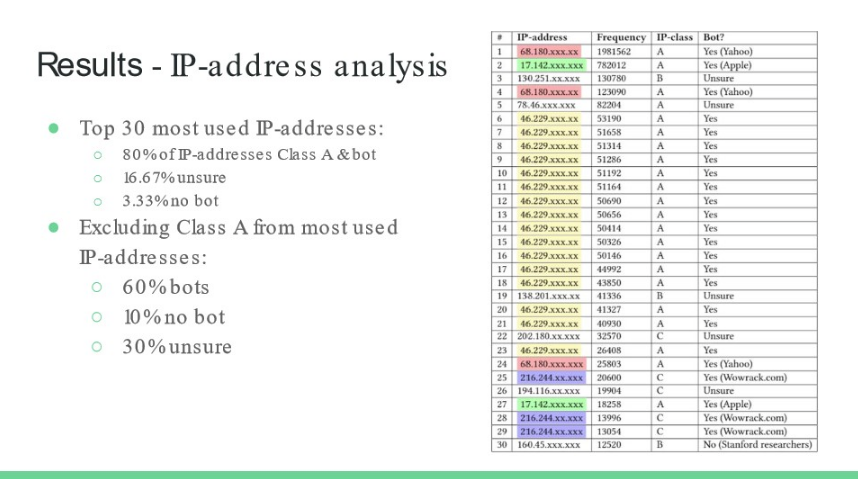 The second analysis step in the data-driven method consisted of identifying what types of pages were most requested. To cluster the thousands of DBpedia URI request, Frank retrieved the ‘categories’ of the pages. These categories are extracted from Wikipedia category links. An example is the “Android_TV” resource, which has two categories: “Google” and “Android_(operating_system)”. Following skos:broader links, a ‘level 2 category’ could also be found to aggregate to an even higher level of abstraction. As not all resources have such categories, this does not give a complete image, but it does provide some ideas on the most popular categories of items requested. After normalizing for categories with large amounts of incoming links, for example, the category “non-endangered animal”, the most popular categories where

Additionally, Frank set up a user survey to corroborate this evidence. The survey contained questions about the how and why of the respondents use of the Dutch DBpedia, including the categories they were most interested in.

The survey was distributed using the Dutch DBpedia website and via Twitter. However, the endeavour only attracted 5 respondents. This illustrates the difficulty of the problem that users of the DBpedia resource are not necessarily easily reachable through communication channels. The five respondents were all quite closely related to the chapter but the results were interesting nonetheless. Most of the DBpedia users used the DBpedia SPARQL endpoint. The full results of the survey can be found through Frank’s thesis, but in terms of corroboration, the survey revealed that four out of the five categories found in the data-driven method were also identified in the top five results from the survey. The fifth one identified in the survey was ‘geography’, which could be matched to the fifth from the data-driven method. 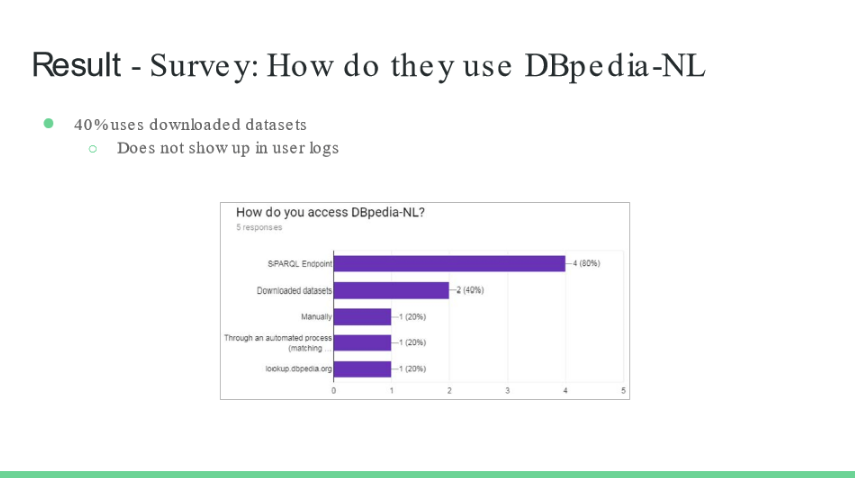 Frank’s research shows that it remains a challenging problem, using a combination of data-driven and user-driven method. Yet,  it is indeed possible to get an indication into the most-used categories on DBpedia. Within the Dutch DBpedia Chapter, we are currently considering follow-up research questions based on Frank’s research. For further information about the work of the Dutch DBpedia chapter, please visit their website.

A big thanks to the Dutch DBpedia Chapter for supervising this research and providing insights via this post.