Supporting young and aspiring developers has always been part of DBpedia‘s philosophy. Through various internships and collaborations with programmes such as Google Summer of Code, we were able to not only meet aspiring developers but also establish long-lasting relationships with these DBpedians ensuring a sustainable progress for and with DBpedia.  For 6 years now, we have been part of Google Summer of Code, one of our favorite programmes. This year, we are also taking part in Coding da Vinci, a German-based cultural data hackathon, where we support young hackers, coders and smart minds with DBpedia datasets.

DBpedia at Google Summer of Code 2018 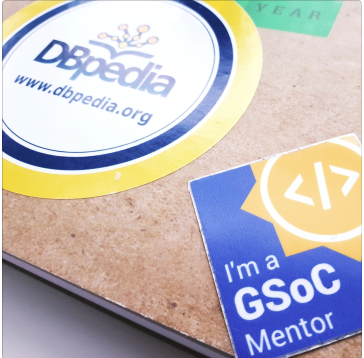 This year, DBpedia will participate for the sixth time in a row in the Google Summer of Code program (GSoC). Together with our amazing mentors, we drafted 9 project ideas which GSOC applicants could apply to. Since March 12th, we received many proposal drafts out of which 12 final projects proposals have been submitted. Competition is very high as student slots are always limited. Our DBpedia mentors were critically reviewing all proposals for their potential and for allocating them one of the rare open slots in the GSoC program. Finally, on Monday, April 23rd, our 6 finalists have been announced. We are very proud and looking forward to the upcoming months of coding. The following projects have been accepted and will hopefully be realized during the summer.

Our gang of DBpedia mentors comprises of very experienced developers that are working with us on this project for several years now. Speaking of sustainability, we also have former GSoC students on board, who get the chance to mentor projects building on ideas of past GSoC’s. And while students and mentors start bonding, we are really looking forward to the upcoming months of coding – may it be inspiring, fun and fruitful.

As already mentioned in the previous newsletter, DBpedia is part of the C 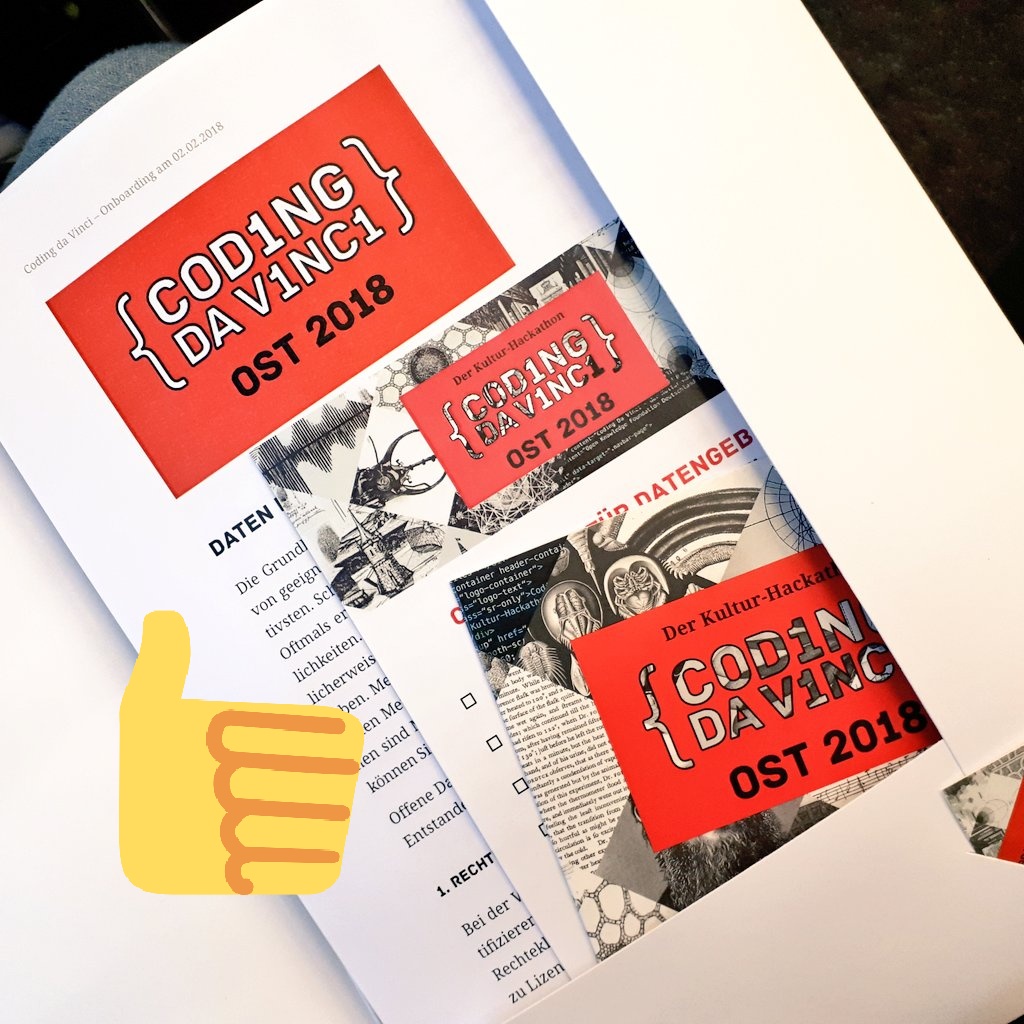 odingDaVinciOst 2018. Founded in Berlin in 2014, Coding da Vinci is a platform for cultural heritage institutions and the hacker, developer, designer, and gamer community to jointly develop new creative applications from cultural open data during a series of hackathon events. In this year’s edition, DBpedia provides its datasets to support more than 30 cultural institutions, enriching their datasets in order participants of the hackathon can make the most out of the data. Among the participating cultural institutions are, for example, the university libraries of Chemnitz, Jena, Halle, Freiberg, Dresden and Leipzig as well as the Sächsisches Staatsarchiv, Museum für Druckkunst Leipzig, Museum für Naturkunde Berlin, Duchess Anna Amalia Library, and the Museum Burg Posterstein.

CodingDaVinciOst 2018, the current edition of the hackathon, hosted a kick-off weekend at the Bibliotheca Albertina, the University Library in Leipzig. During the event, DBpedia offered a han 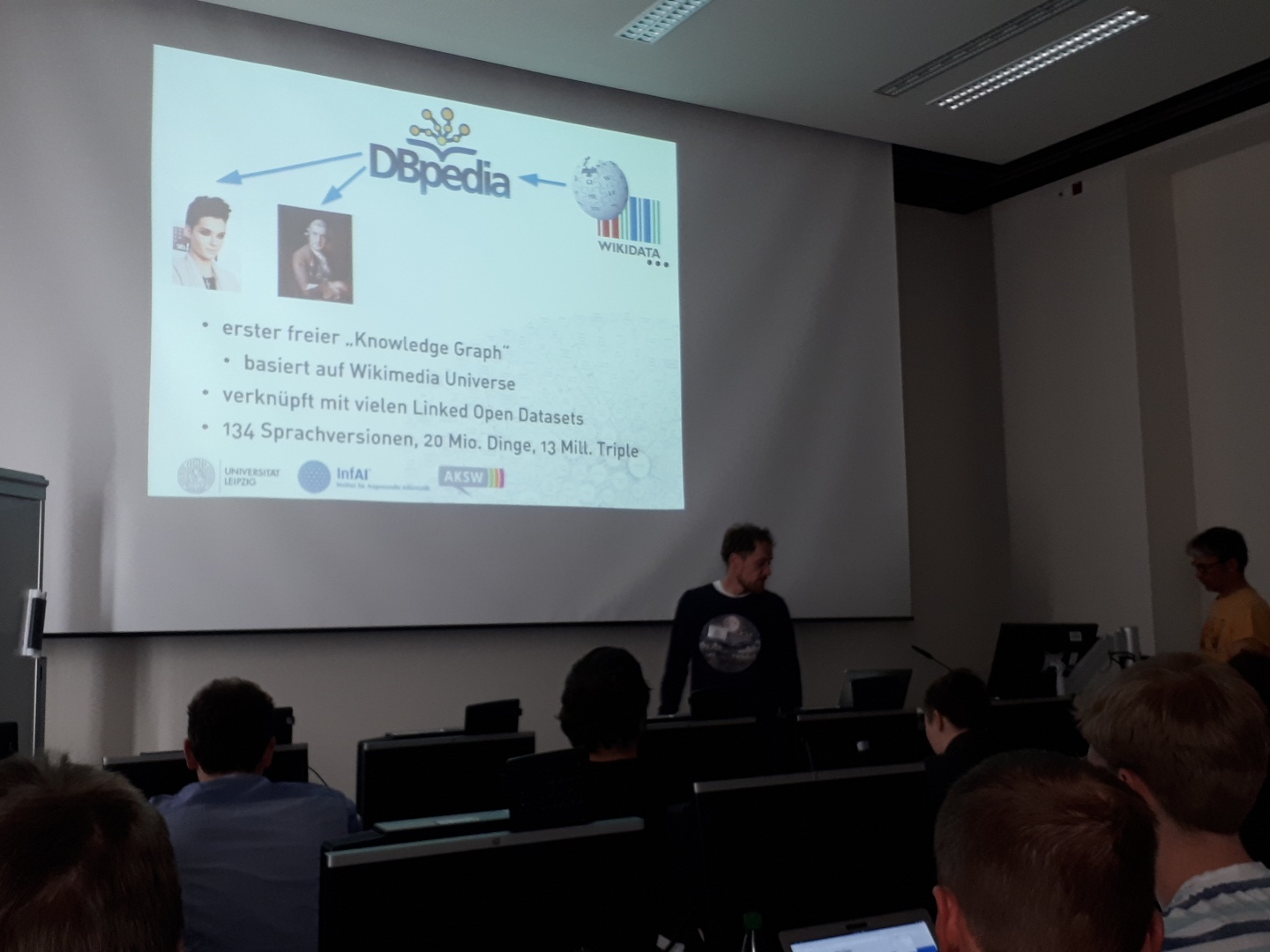 We are now looking forward to the upcoming weeks of coding and hacking and can’t wait to see the results on June 18th, when the final projects will be presented and awarded. We wish all the coders and hackers a pleasant and happy hacking time. Check our DBpedia Twitter for updates and latest news.

If you have any questions, like to support us in any way or if you like to learn more about DBpedia, just drop us a line via dbpedia@infai.org